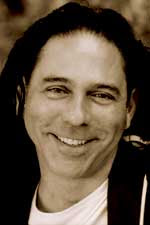 I was honored to have interviewed David Diaz, artist and illustrator of numerous children’s books – 43 to date, with at least 3 more to be released in the near future. His very first children’s picture book, Smoky Night (1994, written by Eve Bunting) won the 1995 Caldecott Medal. Since then, his work has received many more awards including 3 Pura Belpré awards (Diego: Bigger than Life and Cesar: Si, Se Puede! Yes Me Can! both by by Carmen T. Bernier-Grand, The Pot That Juan Built by Nancy Andrew-Goebel. and Me, Frida, by Amy Novesky . David is also a dad,a painter, a ceramic artist, SCBWI Board Member, and Mentor toup-and-coming illustrators. Here’s what we talked about:

At the past SCBWI Conference, you mentioned that you’d completed three books this year, after a serious dry spell in your children’s book career. Can you tell about your new books, (how you pulled off three in a year!) and also about that dry spell,-what do you think caused it? To what do you attribute the “deluge” of book contracts that followed?

KG: Wow. How many hours do you put in a day?

DD: 10 hours? I typically work a 10 hour day, maybe more depending on how close I am to a deadline.

Last year (referring to the dry-spell)...the industry is in flux, the publishers are being much more selective about what they publish. We not only have all of the uncertainty in the economy that everyone is experiencing but also our industry is changing in a huge way. And, because of things shifting in the industry, publishers are less apt to take chances that they may have taken in the past, or expect modest figures as one’s career developed. Keep in mind, when there’s change in an industry, it provokes a change in how things are done. So, I began pitching projects and actively trying to get the projects going.

The last few years have been a sort of perfect storm of change in the book industry which we are still navigating through. I recognized that I had to become proactive, to do things differently. Whenever there is uncertainty, there is opportunity.

Do you still submit to different publishing houses, at this point in your career? How has your submission process changed?

DD: My submission process is a little different now. A few things have changed. One is I now have an agent, Rubin Pfeffer(East/West Literary), for about a year now, maybe a bit longer.

For instance the next book I’m working on, which is called Mama Earth came out of an idea that initially Rubin had about explaining "natural disasters" that he talked to me about, and then talked to the author Patricia MacLaghlan about, an author I’d work with in the past, and then he [Rubin] took the idea to pitch to the publishers, along with a piece of sample art based on an early version of the manuscript

KG: It sounds like a collaboration that took shape as it went...

DD: Yes. In the past, my submitting of ideas was even more of a casual thing, conversations with publishers.

KG: I’m guessing that because of your success you can have a more casual approach to submitting.

DD: Yes, in the past. Now I have that conversation with Rubin, and everything is submitted through him.

What's the most common mistake made by aspiring children's book illustrators, in your experience?

DD: I think the most common mistake made by aspiring illustrators is emulating the work of their heroes. It is a fine process to go through when you’re learning. Like Tolkien, he went through Beowulf word for word, and understood it and broke it apart, and went on to write The Lord of the Rings. So, there’s a positive side to studying your heroes. But the thing that I see in some new illustrators is that they don’t allow the thing they responded to,...what they loved in their hero’s work to be digested through their own machine and come out as their OWN work. 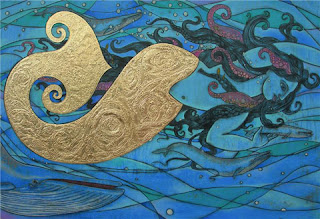 It’s one thing to look at, disect, and try to understand the work of someone you admire, but to copy or emulate the work in its completed form, means you haven’t gone through the entire process that that artist went through. And so, at best, it’s going to be a weak interpretation. 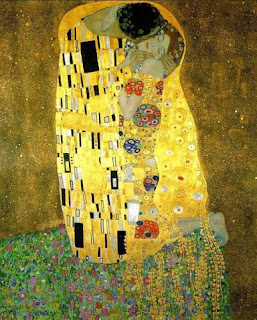 Let's take Klimt's "Kiss." How many knock offs of this have you seen? Dozens. And they all look like knock offs is the thing.To copy something doesn't give you the years of insight, understanding, the underpinnings, the years of process that brought about that final image.

Be brave enough to find your own voice. And, just because you can, doesn’t mean you should.

Tell us about winning the Caldecott medal for Smoky Night, the very first picture book for children that you illustrated. We’d love the details, please (i.e...”I got the call, and I screamed with joy”... or whatever). Also, you must have become something of a celebrity, pretty quickly. How was all that?

I had the book in the studio for nine months. During that nine months, the actual painting for Smoky night, I completed in 2 weeks. It was one of those times where I was just working constantly, on the book and other things. There was a sort of lucky innocence about that.

I knew the Caldecott awards were going to be announced, but because I was a first time picture-book illustrator, I wasn’t really in the loop on all of the nuances and build-up to the awards. So one January morning in 1995,...it was back when I had an answering machine...I’m in bed and I hear this yelling and shouting on the machine. I got up to check what it was about. It was a message from the chair of the Caldecott Committee, Grace Ruth, and she told me I had received the award. The shouting was all the other committee members in the room, cheering.

Then, I had six months to write and record a speech, which was humbling, knowing I'd be in such amazing company. I asked my editor, Diane D'andrade, what the Awards were like, what to expect. She told me to "Imagine a room with 3000 librarians in chiffon." Perfect!

It was a whirlwind year. It was exciting, a lot of celebratory dinners.

What was great about it was that though it didn’t make my career,- it shifted the direction of my career. And, at the perfect time, because the market for illustration has shifted in the past 10 years, There are not the same number of assignments being handed out. Pick up any magazine and count how many illustrations you'll find. Keep in mind though that this is cyclical, there's another golden age of illustration coming.

I realize how little work there is out there these days. The good news about that is that that will change. Everything goes in cycles and so there will be another Golden Age of Illustration...things will go full circle again.

KG: That's a perfect and uplifting place to end our conversation...Thank you so much!