Gratitude, behind the scenes at KidLitArtists, and exciting Instagram news - by Debbie Ridpath Ohi

KidLitArtists is now on Instagram! Thanks so much to Meridth McKean Gimbel for making that happen.

I can't believe it's been over SEVEN YEARS since the KidLitArtists.com blog launched. Whoa. It began when a group of us (John Deninger, Kimberly Gee, Ashley Mims, Andrea Offermann and Eliza Wheeler and me) were chosen for the SCBWI Illustration Mentorship Program in 2010.

The six of us met after our mentor sessions and compared notes, talked about how we could make the most of the opportunity generously given to us by the SCBWI Illustration Board. 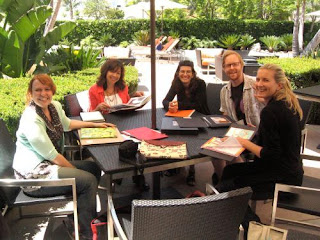 I started a private a email list to help us keep in touch and exchange info as well as registering KidLitArtists.com domain. After coordinating with the other Class of 2010 Mentees, I launched our blog and Twitter account. This was what the original name and banner looked like (designed by Eliza Wheeler):

In addition to posting updates about our illustration projects, we also shared info about what we learned during our mentorship sessions as well as other tips resources and industry news of interest to children's book illustrators.

The SCBWI Illustration Board was so impressed by the blog that they asked if we could open it up to other Mentees, past and future. Of course we said YES! Eliza Wheeler came up with the banner above, using part of one of my bunny drawings. The mailing list was replaced by a private Facebook group, and we also started a public FB Page. Eliza organized the blog posting schedule, and each new class of Mentees picked a point person for group-wide orientation and communication.

Although I don't have as much time to be as involved behind-the-scenes at KidLitArtists as I used to, I still commit to posting to the blog a few times a year, no matter how crazy things get because I remain incredibly grateful to the SCBWI for helping to jumpstart my career back in 2010, and I want to give back in what way I can.

Meanwhile, I am also thankful to those SCBWI Illustration Mentees who have volunteered to keep things going behind-the-scenes despite their own busy schedules! 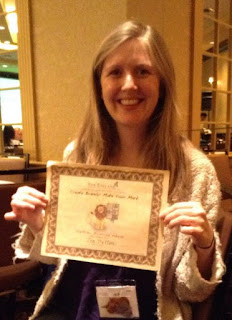 Nowadays, Jen Betton (Mentee Class of 2012) organizes the blog posting schedule (THANK YOU, JEN). To the left: A photo of Jen with her award certificate when she won the SCBWI New England Conference Portfolio Showcase in 2014.

Jen's debut solo picture book, HEDGEHOG NEEDS A HUG, launches from Penguin Putnam in Summer 2018....congrats, Jen! You can read her news in this blog post.

Jen's illustrations will also be appearing in TWILIGHT CHANT written by Holly Thompson, launching from Clarion in 2018. You can find out more about Jen and her work at JenBetton.com. Jen is represented by Jen Rofé at the Andrea Brown Literary Agency. 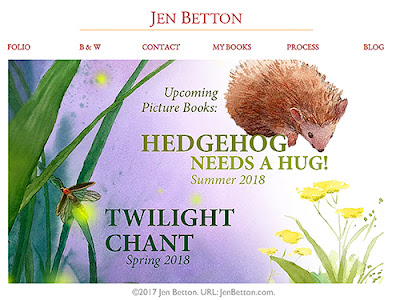 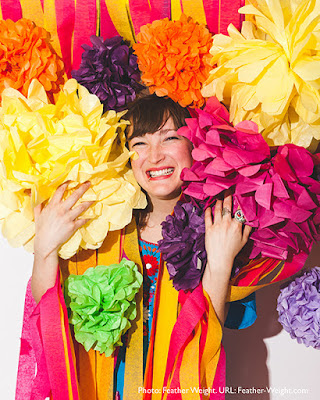 Ana's illustrations can be found in picture books published in France and Italy, and her debut picture book in the U.S., THE CHUPACABRA ATE THE CANDELABRA (written by Marc Tyler Nobleman) was published by Nancy Paulsen Books/Penguin earlier this year. Get a peek at her book  here in this fun Let's Read Stories reading:

Do read her KidLitArtists blog posts like "On experimenting: happy accidents," "Picking A Color Palette," "Palettes: On Color Combinations & Experimentations."

You can find out more about Ana and her work at Anaranda.com. 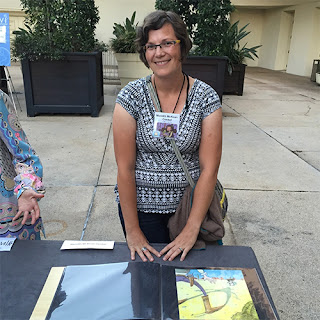 You can read her KidLitArtists intro post here. Also do check out her KidLitArtists blog posts, like "The eyebrows are the window to the soul. Quick tips for giving your characters emotion and expression," "Literary Lifelines," and "Illustration Intensives: Intensely Beneficial."

Meridth also shares all kinds of great info and insights on her own blog, like her "Putting Together A Dummy The Smart Way" post. You can find out more about Meridth and her work at MeridthMcKeanGimbel.com.  Meridth is represented by Linda Pratt of Wernick Pratt. 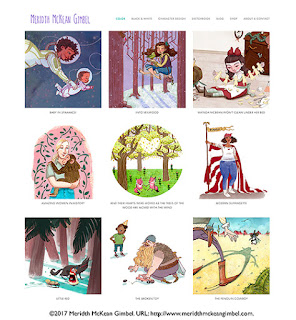 Others helping behind-the-scenes, including a gradual revamp of our blog and some of our social media include K-Fai Steele and Susie Ghahremani.

K-Fai Steele is from the Mentee Class of 2015 and is represented by Eric Rand Silverman at Stimola Literary. You can read her KidLitArtists intro interview here. Also do check out her excellent posts on KidLitArtists, like "Your greatest (free) untapped resource: a practical guide to using public libraries (and librarians)," "Observing + Understanding + Respecting Your Process," "Tsundoku: Unread PIles Of Books As A Working Tool," and "Richard Scarry's Division Of Labor: Animal Totemism and our Responsibilities As Writers For Children." 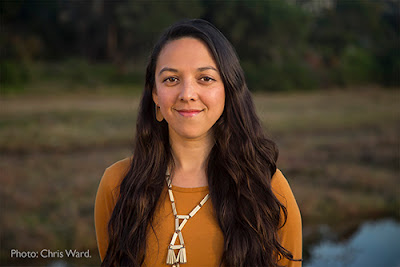 You can find out more about K-Fai and her work at K-FaiSteele.com: 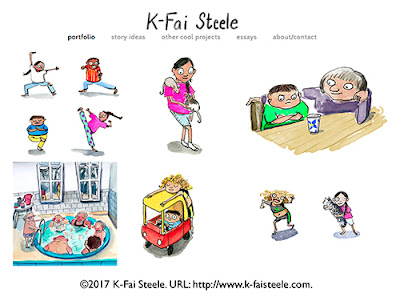 Susie Ghahremani is from the SCBWI Mentee Class of 2016. You can read her KidLitArtists intro post here. Also check out her blog posts, including "Portfolio Showcase Advice From Jennifer Laughran of Andrea Brown Literary" and "COLOR, the printing process, and Stack The Cats!" 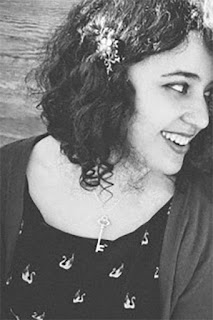 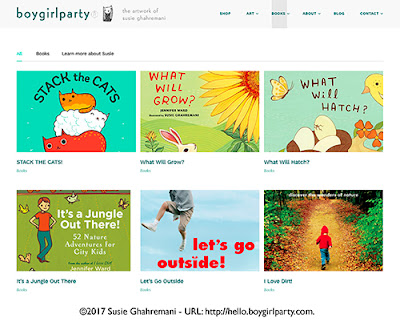 Debbie Ridpath Ohi is the author and illustrator of Where Are My Books? She has four new books coming out in 2017: Sea Monkey & Bob (Simon & Schuster),  Mitzi Tulane in The Secret Ingredient (Random House),  Ruby Rose, Big Bravos(HarperCollins), and her second solo picture book Sam & Eva(Simon & Schuster). You can find Debbie on Twitter: @inkyelbows and Instagram at @inkygirl.

Posted by Debbie Ridpath Ohi at 10:20 AM