I think best with a pencil in hand, and my process begins with doodling. I actually get to know my characters through the sketching itself. Eventually I get hooked on an idea or image, and I draw it over and over again. In this series, what started as a single character became three, penguins eventually turned into puffins, and a narrative began to emerge. 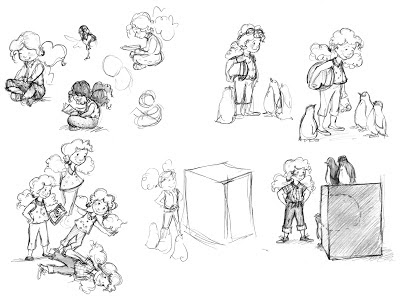 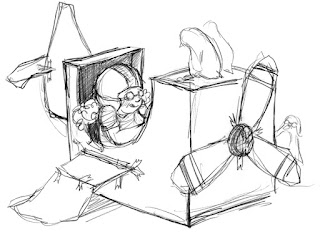 Once I've found an image that I like, I do an extremely loose transfer on a light box. And by loose, I do mean only a handful of lines. 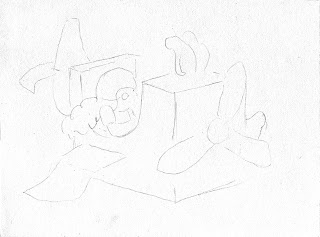 I then redraw the sketch entirely, fleshing it out and adding details. 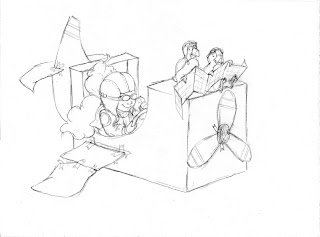 Next, I do a quick value study and an even quicker color study, filling the large areas in photoshop. I've recently added this step to my process and have found it extremely helpful; it ultimately makes the painting much easier.

At this point, if it's a piece that requires large washes, I stretch my paper and staple it to a waterproof board. For a small spot illustration like this one, I just tape it to a small cutting mat. I use Holbein Acryla Gouache and these lovely little brushes from Princeton Artist Brush Co. 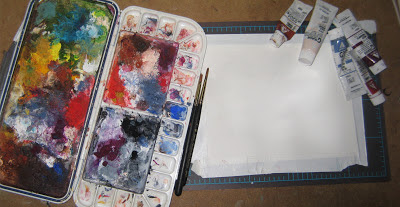 And then I paint, usually starting with skin tones, 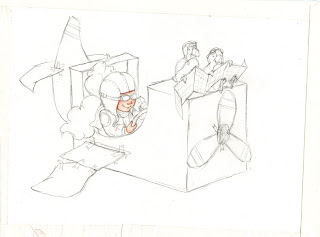 slowly moving on to small details, 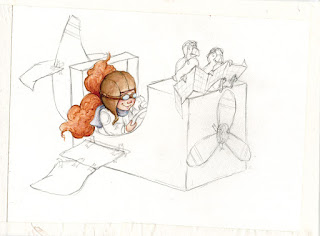 and then to larger areas, 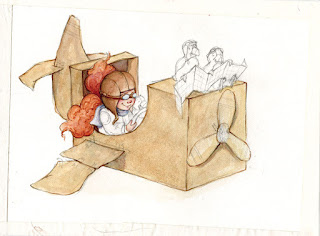 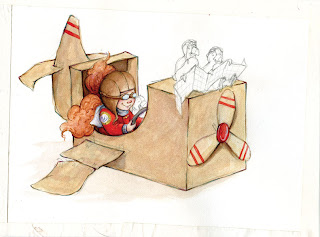 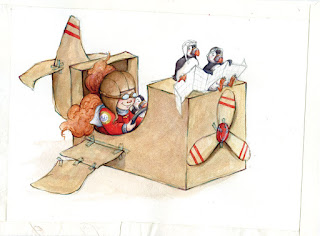 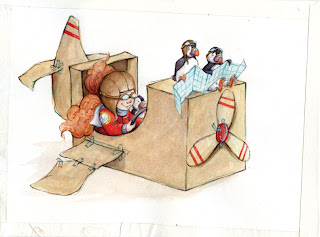 _ _ _ _ _
Lisa Anchin is a Brooklyn based children's illustrator doodling her way across the five boroughs. You can see more of her work at lisaanchin.com and find her on twitter at @lisaanchin
Posted by Lisa Anchin at 8:49 PM