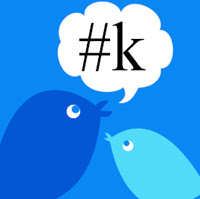 I had a request for a full resulting from a (now-defunct) agency’s open call for queries, and the agency’s acknowledgement form mentioned there would be updates via Twitter (this was January of 2009). That’s what prompted me to create a Twitter account, but I had no idea how it worked. I felt sort of icky eavesdropping on this agent’s tweets (which turned out never to be about the manuscript review process after all), and so, after tweeting once—literally out into the void, because no one was following me!—I forgot about it.
Then several months later, someone on our SCBWI regional listserv said he’d just signed up for Twitter, and who else was there? Hey, if there were going to be actual colleagues doing this, I wanted in! So I found a video tutorial from Jon Bard at Children’s Book Insider. Jon’s video de-mystified the whole thing for me, and introduced me to TweetDeck, which was the real breakthrough. And right away—somehow—I stumbled upon Tara Lazar, who had started a list of picture book authors and illustrators on Twitter. That was my core “group.”

How useful has Twitter been to you as a children's book illustrator?
The connections have been fabulous. When I first got on Twitter, most of my creative energies were going into writing. I wasn’t pushing myself with my illustration at all.  I was just coasting—and not enjoying the process.
When I began to connect with the other illustrators on Twitter, the excitement came back . . . along with a healthy dose of intimidation! The talent pool is amazing.
In practical terms, I’m much more on top off things—I hear about new opportunities daily: contests, challenges, and new venues for art. I also feel more accountable: I want to do more because of the company I keep—and there’s always someone around to talk me out of a slump.
How did you get involved with #kidlitchat and #kidlitart? 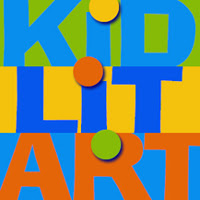 Through ignorance, mostly! While still very new to Twitter, I stopped by #writechat one Sunday afternoon. It was great—I had such a good time; actually mastered the challenge of jumping into conversations on the fly. Then, the next Sunday, I was not so engaged—couldn’t keep up with the chat, and was dismayed to feel a bit out of place: the writers that afternoon seemed to be mostly adult novelists. I was using an illustration of a little girl as my Twitter icon and I remember thinking how out of place she looked among all the “grown-ups.”
So, I tweeted something like “Not feeling #writechat today. Wish there were a #kidlitchat.”
I cringe at how ungracious and whiny that sounds, now. It hadn’t really sunk in that everyone at the chat could see my comment. Whiny or not, through the magic of the hashtag, my random tweet was picked up by Greg Pincus--who replied something like, “Really? Would you like to start one?”
Remember, my experience with chats included exactly one and a half sessions! But I said “Sure!” (Well, I went and checked out Greg’s Twitter page first, and discovered I was in the company of greatness—which was totally unnerving—but I said “Sure!” anyway. )
Thanks to Greg’s bona fides and contacts, the kidlit community picked up on the idea right away.  I figured all I had to bring to the table at the start was enthusiasm and commitment, but I was really excited to be on board. I told Greg I would take coats and pass out hors d’ouevres!
It’s been fantastic, looking back. I truly love the people this business attracts and it’s been a real privilege to get to know some of them better.
The illustrator chat was a direct spinoff from #kidlitchat. Several of us illustrator-types found ourselves frequently going off on little arcane tangents during chats. Finally—probably over the issue of promo mailings or portfolios, which are topics of perennial anxiety for illustrators-- the idea took hold: a separate chat to discuss topics we figured might bore the larger chat audience (though everyone is welcome—you certainly don’t have to be an illustrator to join in the conversation).
I have to say it would probably have remained just an idea, though, if fellow illustrator Wendy Martin hadn’t emailed me the next day with a “WELL? So are we doing this?!?” message. My response was, “You realize you’ve just volunteered to be co-host!” Wendy refused to back down, thank goodness —and thus I am blessed with not one, but TWO terrific chat partners.

What are your goals with #kidlitart?
We created #kidlitart on the #kidlitchat model—i.e., although we often tackle serious issues, the chat remains a place where anyone can drop in anytime, without feeling that there’s a prior agenda or any special preparation required. Both chats are like cocktail parties in that regard. We go from silly to serious and back again rather nimbly.
However, Wendy and I both think that because kidlitart attracts a smaller group with more focused concerns, it has the potential to evolve into a real service for participants. For instance, we’ve added a weekly chat synopsis to the transcript archive site. This “chat-at –a- glance” feature allows us to showcase craft tips, useful links, recommended reference materials etc.
A while back, several “regulars” expressed an interest in forming private online critique groups, which was easy to facilitate via the connections formed during the chat.
We’ve also started having special guest chats, where members of the illustrator community — to answer questions on a specific area of expertise during the chat. So far, that’s been a terrific resource for topics as varied as licensing art and app development.
Wendy and I are open to more ideas: we’d love to host an industry professional: publisher, art rep, AD, or art-friendly editor, to answer questions either during a live chat, or on the chat blog. (We’re a respectful bunch, I promise!) I also think the transcript blog site could be expanded into a between-chat forum.
Really, whatever participants want, we’re willing to try. 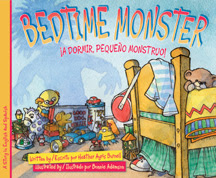 What advice do you have for aspiring children's book illustrators?
The best, first advice: join SCBWI! Seriously.
Make regular trips to the bookstore and pay attention to what’s current. There’s room for an enormous array of styles—you don’t necessarily have to be trendy, but always be aware of how you fit into the market. Get a feel for who publishes what, so you can target your submissions intelligently.
Consider your time online at Twitter or elsewhere as an opportunity to monitor the industry’s vibe. It’s like being the sandwich cart lady—you never know what sorts of tidbits you might pick up as you wheel your cart down the halls. (I’ve gotten over feeling icky for eavesdropping!)
Connect with your peers, however you can: attend conferences and workshops, volunteer to help organize schmoozes in your area, read and comment on blogs, show up for chat on Thursdays!  You will be welcomed into this generous community no matter what your level of experience; absorb and be awed by the work of your colleagues.
Finally, realize that the community, as wonderful as it is, doesn’t take the place of the work— unplug regularly, to hone and polish your skills and build your portfolio.

What are your recent and upcoming projects? 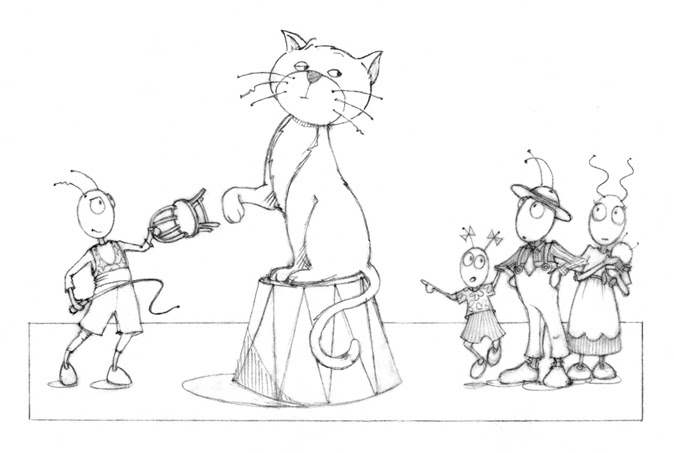 Well, being currently without a contract has me scrambling to get samples out to publishers again!
In SCBWI-related activities, I’m art director for our region’s quarterly newsletter—which is immensely satisfying, due to the level of talent I get to work with—and I’m looking forward to supporting North and South Carolina artists more in the coming year  as Illustrator Coordinator for the Carolinas region.
In my online art crit group (one of those which arose from #kidlitart), we’re challenging each other to complete dummies to submit in March.  I participated in Tara Lazar’s Picture Book Idea Month, and plan to sign up forPaula Yoo’s National Picture Book Writing Week next spring—two exercises I’ve found extremely valuable. And I have high expectations for a couple of middle grade and chapter book projects now in revision. My in-person writer’s critique group deserves the credit for keeping me on track with my writing.
The major task right now is to get a new comprehensive writing/illustrating/designing website up. It’s about three-quarters done. In the meantime, the current illustration site is still up (http://www.bonnieadamson.net), and I contribute scheduled posts as a member of a group blog: From the Mixed-Up Files of Middle Grade Authors(http://www.fromthemixedupfiles.com/).
Thanks for asking and stay tuned!
Posted by Debbie Ridpath Ohi at 9:08 AM