An Interview with Marla Frazee! (She mentions Taco Bell and George W. Bush) - by Kimberly Gee 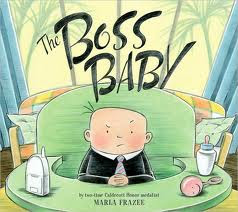 Marla Frazee's Latest Book
I was fortunate enough to land this brief interview with award-winning illustrator and author, Marla Frazee. Marla has been awarded TWO Caldecott Honor Awards, a Golden Kite Award and numerous others awards. I consider her an illustrator’s illustrator, meaning she is much admired by her peers as well as her audience. 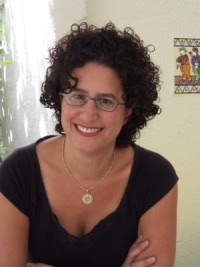 Marla is the author-illustrator of Boss Baby (her latest, and a hoot, by the way), A Couple of Boys Have the Best Week Ever, Roller Coaster, Santa Claus the World’s Number One Toy Expert, and Walk On. She’s the illustrator of many other books including the Clementine series,  All the World, and Mrs Biddlebox.
Marla teaches Children’s Book Illustration (Fall and Spring semesters) atArt Center College of Design in Pasadena, California. I’ve taken her class and I highly recommend it to anyone interested in the field of Children’s Books. Marla shares ALL of her expertise and knowledge of the field. The class is well thought out and designed for seasoned illustrators as well as those just starting out. Really...take this class if you can.
Enough! Here’s the interview...
KG:  I read somewhere (on a blog) that it took you 10 years to break into children's books. I tried to find the post, but couldn't. Is that TRUE? Also, I think you described the journey as 'uphill with no rest, shade or water' (not an exact quote, but that was the jist of what I remember you saying). I must have been dreaming, because it's very hard to believe. You're fabulous! 2-time Caldecott Honor recipient! So, please set us straight.
MF: "Well, let's see. I graduated from Art Center College of Design in Fall 1981 with a portfolio that I hoped would allow me to become a children's book illustrator. I was able to work as an advertising illustrator, an editorial illustrator, a toys-and-games illustrator, and an illustrator of educational materials, but I wasn't having any success breaking into the world of trade publishing. I kept hearing that my work was too commercial (it was) and that my characters were too generic (they were) but that I should continue to send my work in (I did) because maybe the right project would come along (it didn't). In retrospect I know now that my illustrations weren't narrative enough, but I didn't understand that then.
I finally landed my first honest-to-goodness trade book World Famous Muriel and the Magic Mystery by Sue Alexander in 1988. It came out in 1990 and I thought I was in! But as often happens, the book went out of print before I really had my foot in the door of the business at all. Another five years went by – years where I kept sending my work and hearing the same discouraging stuff – and then I was given my second book to illustrate, That Kookoory! by Margaret Walden Froehlich, which came out in 1995.
My third book, The Seven Silly Eaters by Mary Ann Hoberman, is my personal marker of when I felt as if I had finally "broken into" the business, and I started working on it right after the second one. So there's my math. Graduated in 1981 and didn't feel as if I really had arrived in any sense until 1995 or later. Over ten years..."
KG: What's the most common mistake made by aspiring children's book illustrators, in your experience?
Working too fast. It takes time to get to know your characters, time to figure out the right story to tell in the pictures, and time to execute it. Books that look as if they were done too quickly remind me of eating at Taco Bell. Unsatisfying on every single level for everyone involved.
KG: Do you still submit to different publishing houses, at this point in your career? How has your submission process changed? I imagine editors are clamoring to have you work on their projects....
Thankfully the submitting days are behind me. In the eloquent words of George W. Bush, now "I'm the decider."
KG: THANK YOU, MARLA! You're a great decider, unlike ummm, the other one.
Posted by Debbie Ridpath Ohi at 9:18 AM