This interview series introduces the talented recipients of the SCBWI Mentorship Award at the 2017 Summer Conference. Please welcome Heidi Sheffield to the KidLitArtists Blog!

Heidi Sheffield's favorite memory is of her mom giving her a crayon and letting her draw all over the wall (just before wallpapering it). Her world has been about words and pictures ever since. In a previous life, she worked as an Art Director for Young & Rubicam, but is ever-happy now illustrating for children. Heidi looks forward to the day when a child will hold one of her books. You might find her walking down the street, staring at the ground, taking a picture of some cool texture in the cement. It's sure to be seen in one of her collages. 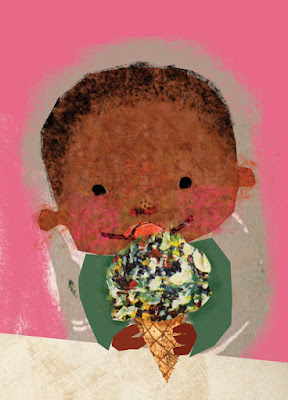 Did the feedback you received during the mentorship critiques either change or confirm the direction of your illustration?

The feedback really helped me confirm the direction my art has been headed in. In general, the mentors were enthusiastic about my work. Collage can get overly busy really fast and the mentors suggested simplification in some of my pictures. I was also told the emotion captured in my characters was good. They mentioned that’s the part that’s often lacking in most collages they see. Sometimes collage art can swing more toward the decorative, rather than the narrative.

The pictures of mine that seemed most successful were those that were the most organic and loose. (And also the ones I had the most fun creating!) That’s part of why I do collage. It mutes that perfectionistic inner critic chick. When I do it right, it surprises me every time. That’s when I know I’m on to something good, when a piece is full of life, all wonky and wonderful. It makes me feel five again and I love that. 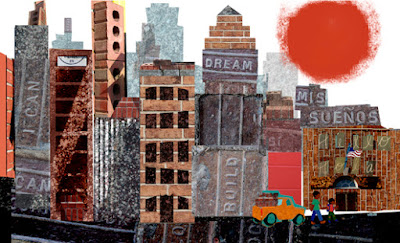 What kind of projects are you working on now?

I am refining two of my picture book mockups, with the hope of submitting them soon.

Is there any type of illustration (or other work) that you’re hoping for in the near future?

While I love fiction, I'd also like to try my hand at illustrating an nonfiction piece. There are so many cool ways you can run with nonfiction these days! 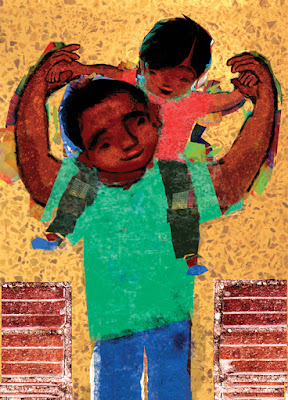 Is there one really helpful piece of advice that you’ve gotten since pursuing illustration?  Any one piece of bad advice?

A friend of mine who worked at Hallmark said, "Sometimes you gotta paint a picture to paint a picture." If something's not working, try a different angle. Don't let your work get so precious that you can't let go of something that's not going well and start again. Just because you made it doesn't mean you have to stick with it. 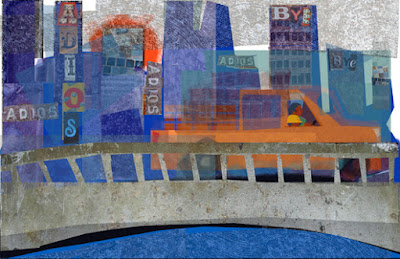 What was one of your favorite quotes or lessons from the SCBWI Summer Conference?

Laurent Linn: "When you can put two contrasting emotions in a picture, there's a story there." 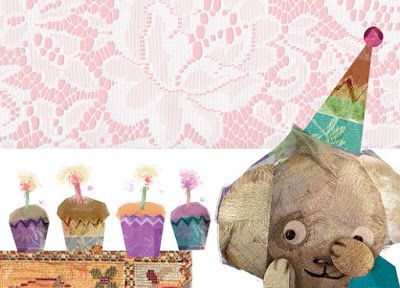 What were some of your favorite books when you were a kid? 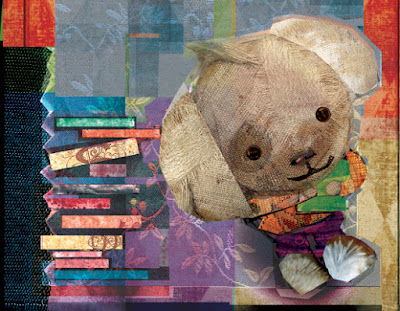 Thanks, Heidi! Welcome to KidLitArtists!

Posted by Susie Ghahremani / @boygirlparty at 9:32 AM