Liz Wong was the recipient of the SCBWI Mentorship Award at the 2016 Summer Conference. Kidlit Artists would like to officially welcome Liz to the blog, and ask her a few questions about the mentorship experience, and about what she is up to these days. 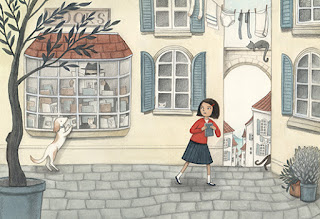 Did the feedback you received during the mentorship critiques either change or confirm the direction of your illustration?

Yes, the mentors generally agreed on which of my pieces were the strongest and which needed more work, technique-wise. The nice thing was that my oldest pieces were the ones that they tended to think were the weakest, which tells me that I’m heading in the right direction and that I can cut those older pieces out of my portfolio. Overall I came away understanding that I need to know the story behind the illustrations before I start, instead of approaching the illustration purely as a design problem, and I need to strive for more consistency in technique. David Diaz summed it up perfectly with his advice to “move forward in a thoughtful, purposeful way.” 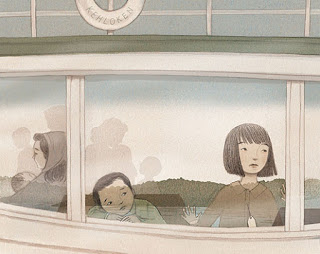 What kind of projects are you working on now?

I’m currently working on my second picture book with Knopf Books for Young Readers, tentatively titled The Goose Egg. I’m revising the dummy and trying to whip the story into shape. I’m also working on some new portfolio pieces based on the feedback from the mentors. 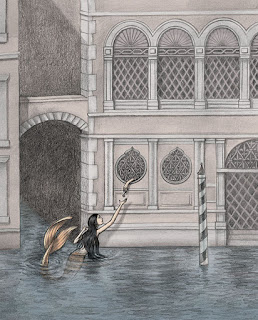 Is there any type of illustration (or other work) that you’re hoping for in the near future?

Is there one really helpful piece of advice that you’ve gotten since pursuing illustration?  Any one piece of bad advice?

The most helpful advice I’ve gotten is the importance of persistence. There’s so much rejection in this business and it can be a long road to publication. It’s easy to get discouraged and give up. I think a lot of us creatives compare ourselves to others and feel like we aren’t good enough, but you have to block out those thoughts and keep creating new work and keep improving. The other helpful piece of advice was to join SCBWI and go to conferences. I met some of my critique group at an SCBWI conference, made a connection that led to getting an agent at a conference and learned so much and made so many friends over the years.

I don’t think I’ve gotten any bad advice. I’m so thankful for all the encouragement and the advice that I’ve gotten over the years. The children’s book community is so generous and supportive. I honestly wouldn’t have a clue what I was doing without SCBWI. 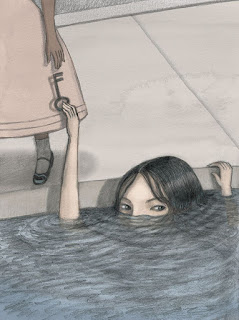 What was one of your favorite quotes or lessons from the SCBWI Summer Conference?

Neal Porter said, "Don't be afraid to play and get messy," and I'm trying to take that advice to heart. 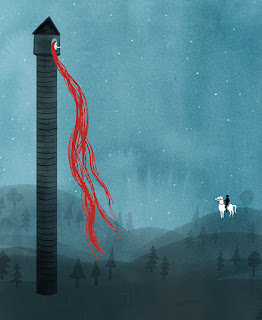 What were some of your favorite books when you were a kid?

I was a big fan of folktales and fairy tales. My favorite picture book was Urashima Taro, which is a Japanese folktale about a young fisherman who saves a sea turtle and is rewarded by being taken to the kingdom of the sea princess upon said turtle’s back. I was particularly taken with the underwater illustrations.

I loved fantasy as well - Charmed Life by Diana Wynne Jones, the Narnia series by C.S. Lewis, Lloyd Alexander’s Chronicles of Prydain. I also really loved the Trixie Belden mystery series. They are super corny but I think that’s partly why I liked them so much. 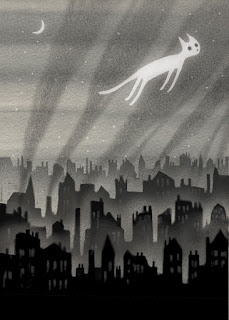 See more of Liz's work on her website, blog, tumblr, or Twitter.
Posted by K-Fai Steele at 1:37 AM