This last October, I participated in an online challenge for the first time. This post tells my unexpected journey, which I hope will inspire you to try your own challenge!

The challenge I participated in is called Inktober. It was started in 2009 as a challenge "to improve inking skills and develop positive drawing habits" by Jake Parker, a comics short-story creator, concept artist, illustrator, and animator. Two of his recent children's book are "The Little Snowplow" by Lora Koeler, (Candlewick, October 13, 2015) and "The Tooth Fairy Wars" by Kate Coombs, (Atheneum Books for Young Readers, July 15, 2014). 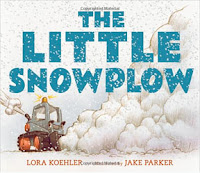 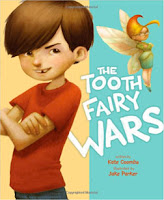 When I heard about Inktober on Facebook, I was immediately inspired by the idea of producing an inking a day. I assumed that the success of accomplishing this feat was what it was all about. I jumped in. On the first day I took out my sketchbook and found a few sketches to ink. It was really fun and quick. 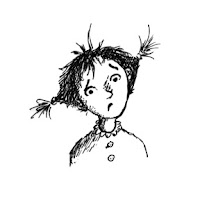 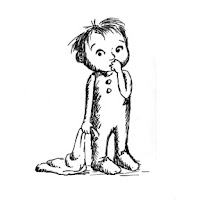 The first unexpected part of the journey began when it was time to post my drawings. Facebook, Instagram and Twitter can be great resources, but I find social media in general a bit overwhelming. It was nerve-wracking to release my art into the uncertainty of the online world. But then I saw the "likes" appearing, along with encouraging comments, and I have to admit, it was exhilarating!

As I continued, I wanted to tell more of a story with my drawings. I started adding on to the sketches I found in my sketchbook. 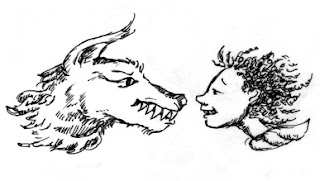 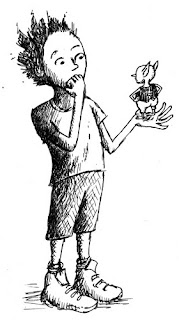 Soon I wanted to create new drawings. This is when the second unexpected part of the journey revealed itself. Creating new drawings every day took longer than what I had been doing, and I realized I needed to devote a designated time every day to Inktober. I chose the evening, after dinner. I drew pictures based on things that had happened that day and things I had seen, but mostly how I felt. The drawings became more personal and more meaningful to me. I started signing them. 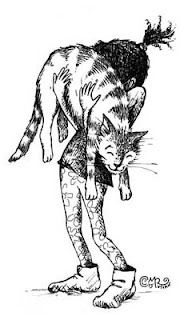 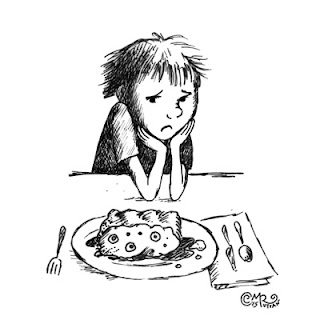 As the month went on, it became very challenging to keep it going. But by this time I had a following, and I didn't want to let them down. Plus I was starting to look forward to who would come out of my pencil and come to life in ink that day! What would my drawings teach me today? What would the ink tell me? This wasn't just fun anymore—it was also self-discovery. And it was the most unexpected part of the journey! I started bringing a sketchbook with me everywhere I went. I drew in doctors waiting rooms, at the airport, and even in line at the post office. 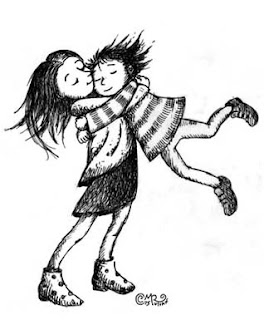 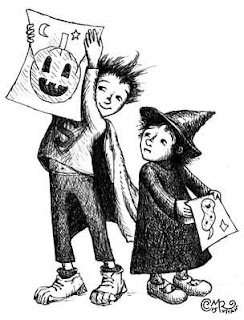 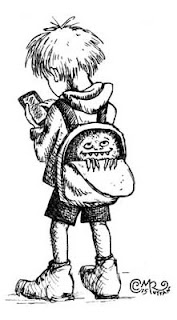 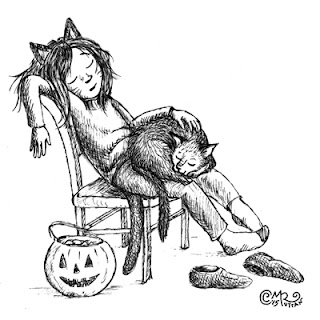 Halfway through Inktober, my winter session at The Silverlake Conservatory of Music began. At the first choir rehearsal I was greeted with "Hi Inktober! I love your drawings!" by several people. Getting "liked" online was amazing enough, but it was an entirely different thing to be "liked" in person! After the choir rehearsal the Director approached me and asked if I would illustrate for their upcoming events. I was hired! 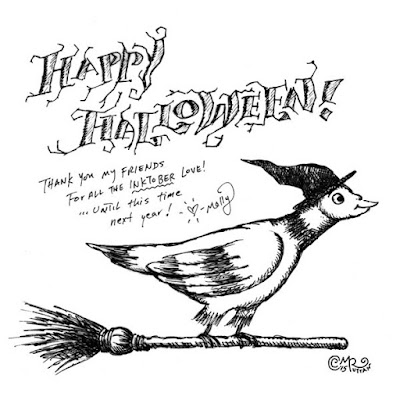 I suppose participating in Inktober "improved my inking skills and developed positive drawing habits"…  but what I will never forget were the unexpected parts of the journey, and the support and recognition from friends and relations on FB, Instagram, twitter, and especially, in real life!

Some techniques I learned and/or relied on:
1. Designate a specific time to draw every day
2. Get a sketchbook that you can carry with you at all times
3. Be observant—especially of your own and other peoples emotions and interactions
4. The deadlines & group support of a challenge are great daily motivation
5. When you have a moment, instead of taking out your phone, take out your sketchbook!

I highly recommend doing a challenge. What you learn will probably not end up being what you think you will learn!